Enterprise Equipment’s senior management team has been together for more than 25 years. The result is a knowledgeable, highly-skilled and professional team that works efficiently on behalf of our clients to ensure their complete satisfaction. 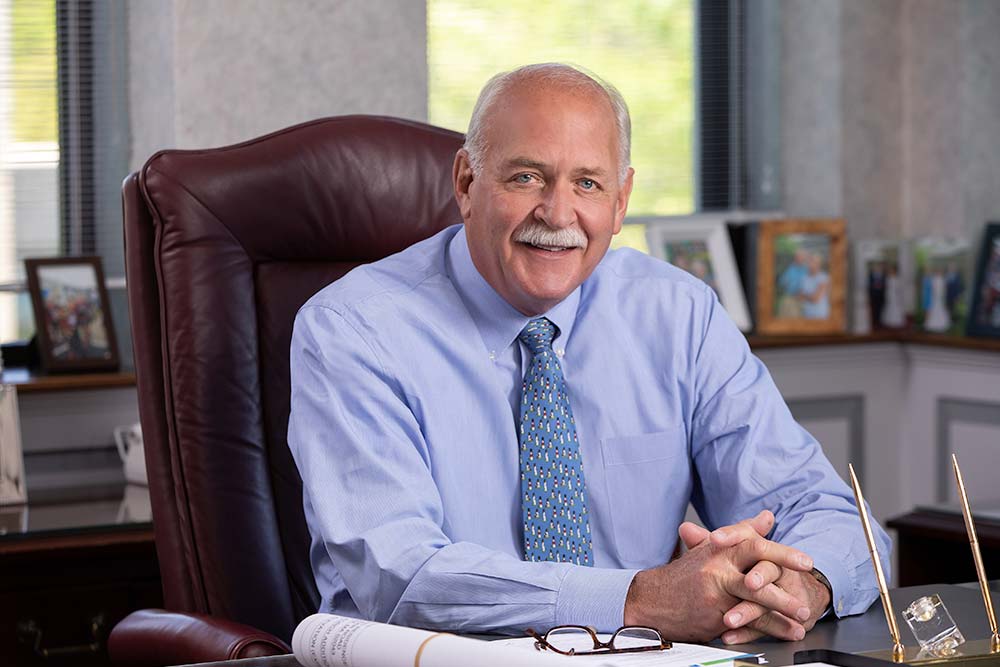 Since joining Enterprise Equipment Co., Inc. in 1973, Jeff worked his way through the company, from pipefitter and wiring technician to foreman, estimator and finally assuming ownership of the company in 1986.

As President, Jeff’s attention to detail in every facet of the company, from personnel to client relations, earned Enterprise Equipment a reputation of thoroughness in its coordination, with special emphasis on exceeding clients’ expectations. Under his leadership, Enterprise Equipment has earned the highest ratings for safety and performance in the industry.

As Chief Executive Officer, Jeff continues to oversee the long-term goals of the Company and to lend assistance and leadership in the business he has been involved with for more than 45 years. 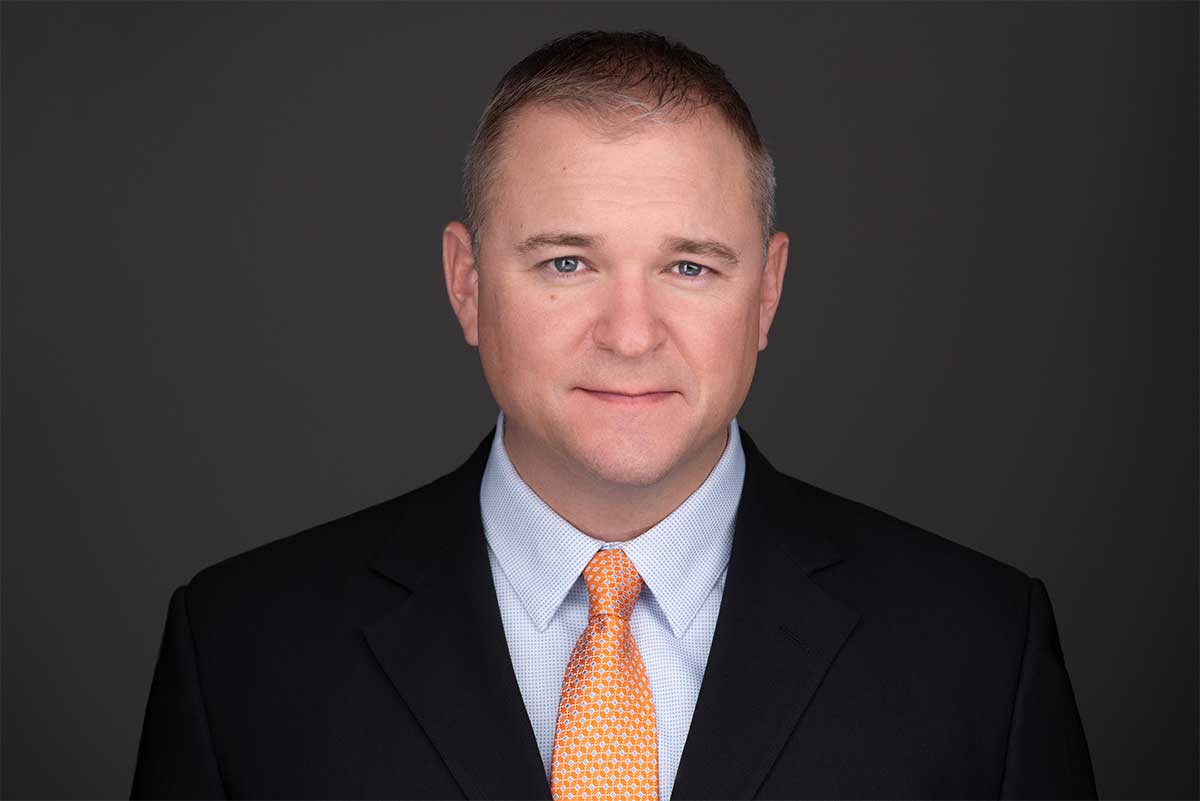 When he first joined the Company in 1995, Kevin served as an estimator and project manager before being named vice president of operations in 2010, a position he held for 10 years.  During that time, he oversaw the construction of general and mechanical renovation projects in schools, libraries, municipal buildings, and universities. He also represented the Company in areas relating to contracts, estimating,  compliance, apprenticeship training, manpower ratios, and diversity regulations.

In 2021, Kevin was named president of Enterprise Equipment and has management overview of all operations, contract negotiations, purchasing and projects. Like Jeff, Kevin understands that the people Enterprise works with, and the relationships they have developed over the years in both the public and private sectors, play a significant role in the growth and success of Enterprise and always will. 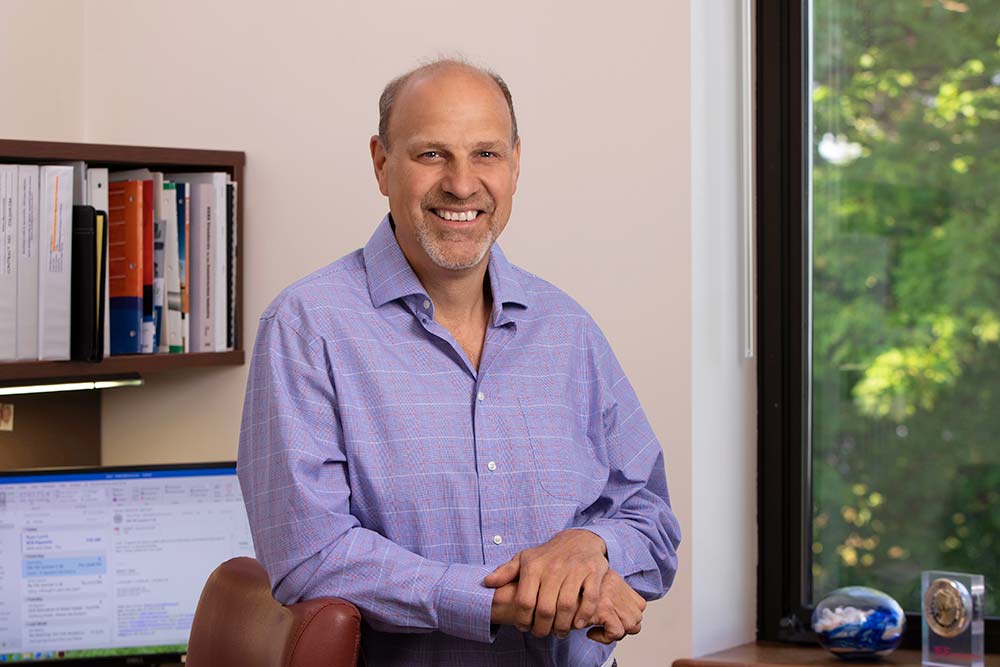 Matt joined Enterprise Equipment in 1983. He is Senior Vice President in charge of estimating and contract negotiations. Clients who have worked with Matt over the years will confirm that as a Project Manager his attention to detail and his commitment to satisfying their needs are unsurpassed. His close contact with field personnel ensures that each job is completed in accordance with the contract documents. 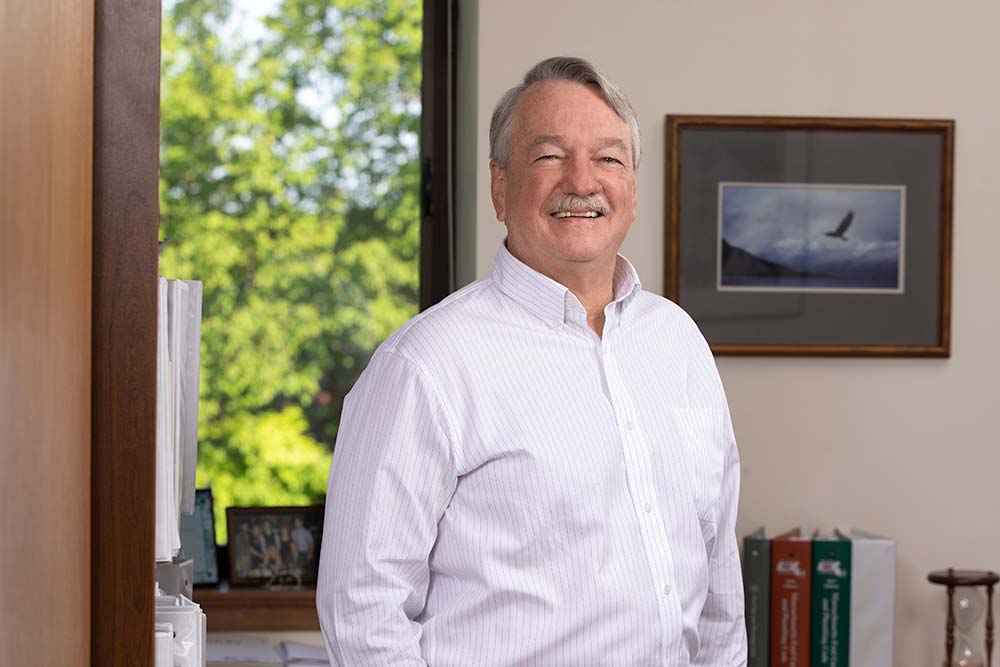 Hank has been in the mechanical business since 1971. His initial experience was in the engineering and design field. He later moved into construction before joining Enterprise Equipment in 1990. Hank is the Vice President in charge of all construction. His unique background and design/build capabilities are available to our clients to help them obtain a practical, cost-efficient end result with a system built on proven, time-tested methods. 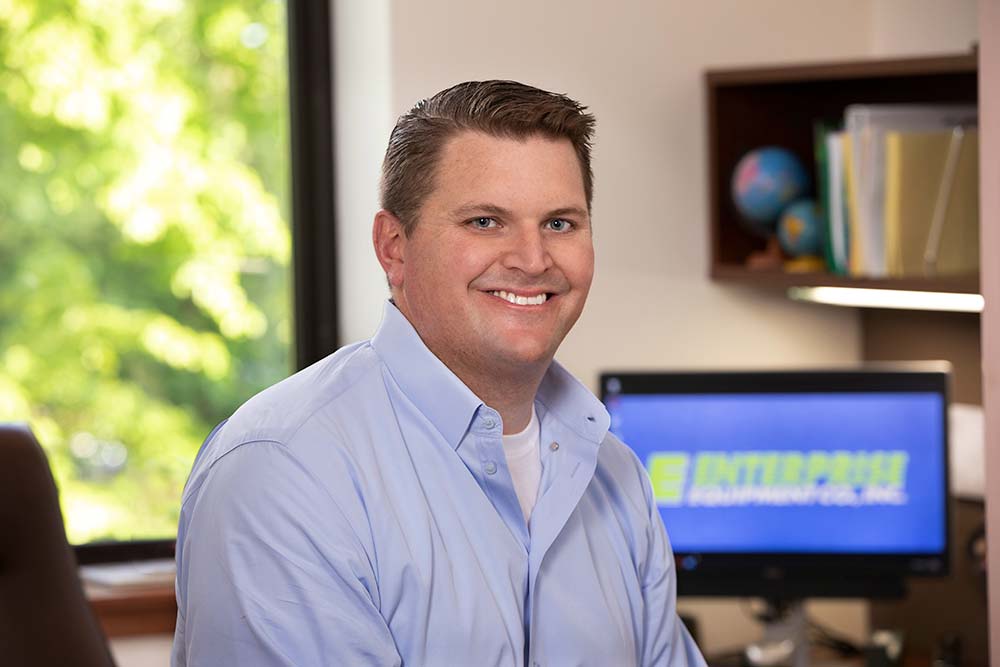 As Vice President of Special Projects, Justin oversees some of the more unique projects that few others in the industry are willing to tackle. Justin is also a Project Manager with over 12 years of field experience with Enterprise Equipment. He coordinates field activities for all project managers, assists in the preparation of project estimates, and provides equipment and subcontractor cost analysis for the project manager’s review.  Justin joined Enterprise Equipment full time after graduating from Roger Williams University in 2005 and assumed his current responsibilities in 2012. 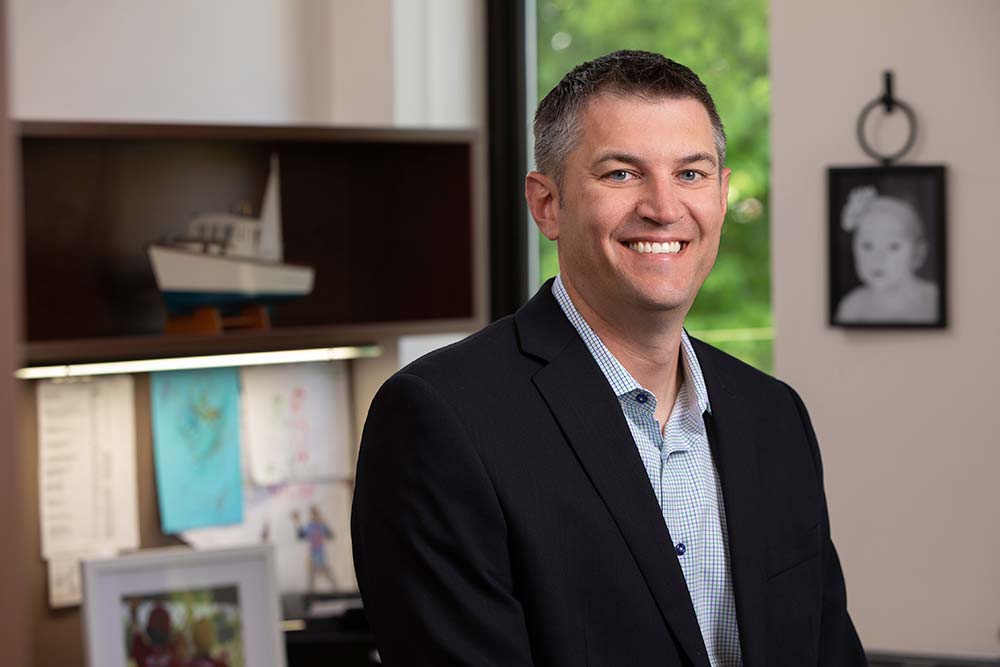 Ryan joined Enterprise Equipment full time in 2015. He returned to the company after spending 12 years in the financial services industry. As Treasurer and Controller, Ryan’s  responsibilities at Enterprise include management of the company’s finances, audit preparation, job cost analysis, benefit management and information technology. Ryan earned his undergraduate degree from Syracuse University and a Masters in Business Administration from Babson College. 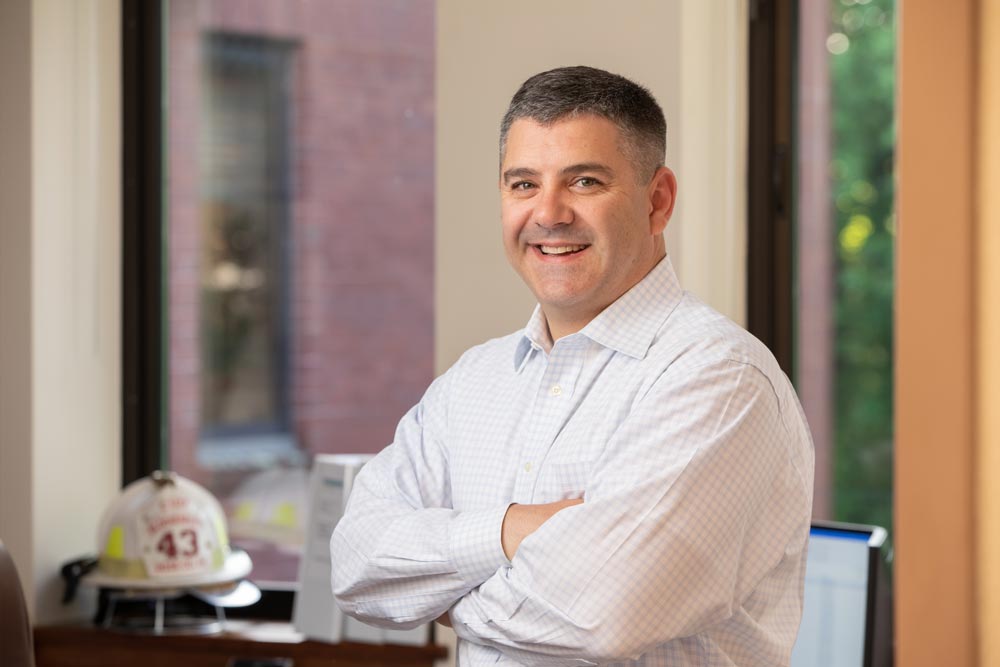 Sean is a project manager with more than 20 years of experience in the construction industry. He coordinates daily field activities, assists in the preparation of project estimates, schedules and cost analysis. Prior to joining Enterprise Equipment, Sean was a project manager at Hunt Construction for the construction of the Barclays Center in Brooklyn and Arthur Ashe Stadium in Queens. He graduated from Massachusetts Maritime Academy in 1999 with a Bachelor of Science in Marine Engineering. 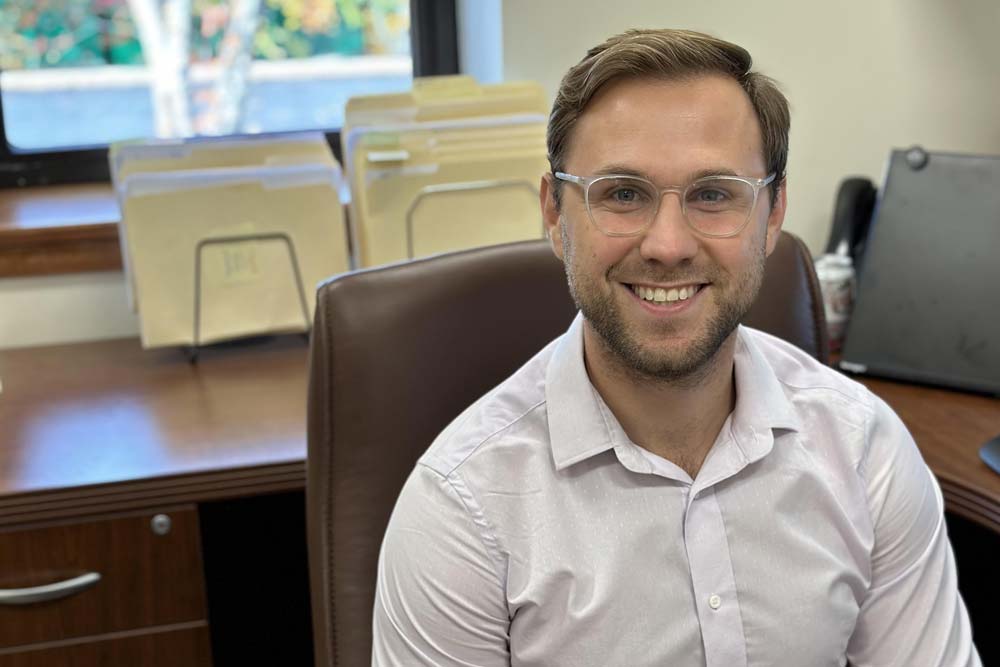 Prior to 2022, Nick worked part-time with Enterprise for close to a decade in various capacities including, but not limited to, Field Laborer, Assistant Superintendent and Assistant Project Manager.   In January 2022, Nick joined the office staff as a full-time Project Manager & Assistant Estimator.  Aside from running multiple projects from inception to completion, Nick also assists in the preparation of project estimates, schedules, and cost analysis. Prior to joining Enterprise, Nick worked in the professional sports world with the Boston Celtics and the insurance industry, specifically in commercial real estate with RogersGray. He graduated from Bryant University in 2014 with a Bachelor of Science in Finance and Northeastern University in 2015 with a Master’s in Sports Leadership. 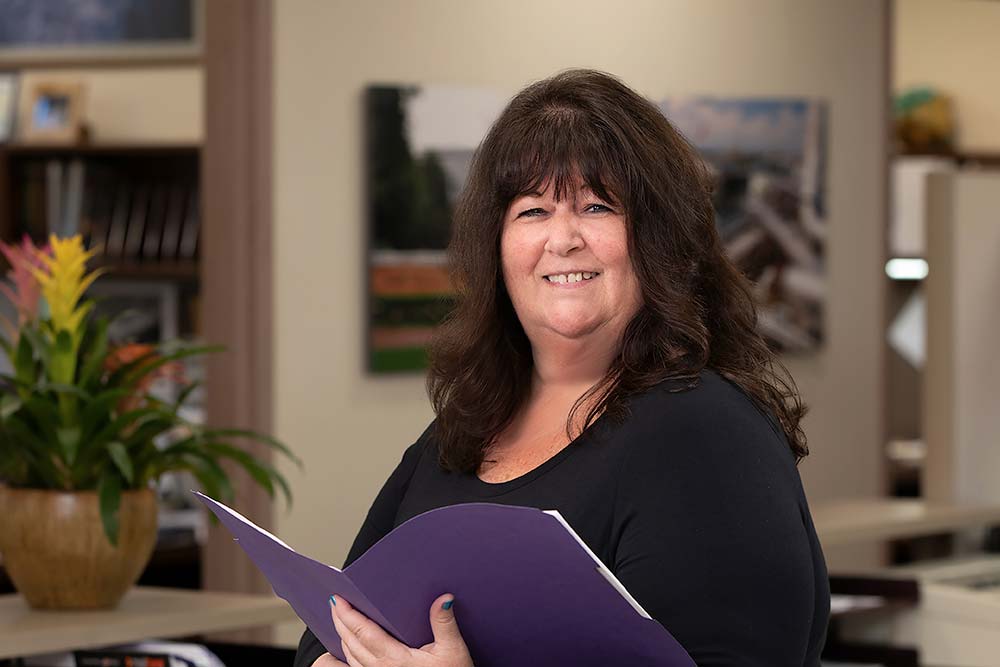 Jody joined Enterprise Equipment in 1996 and has over 22 years of construction and paralegal experience. As Office Manager for Enterprise Equipment, Jody is responsible for coordination of the compliance and apprenticeship programs, prequalification applications, bid preparation, monthly project requisitions and the general administrative functions of the office. 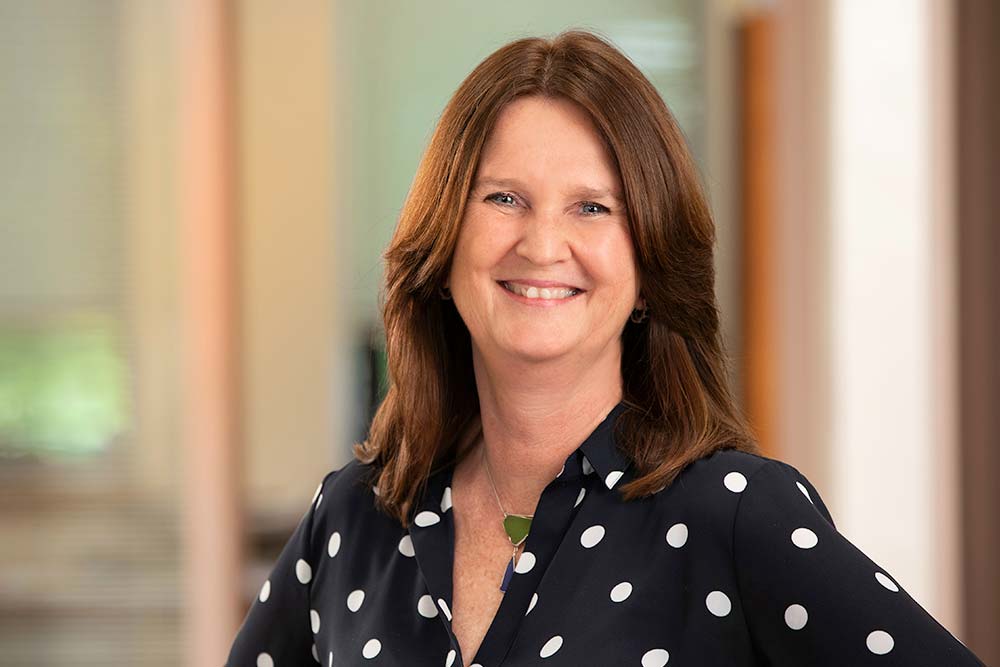 Mary Ann joined Enterprise Equipment in 2009. She provides administrative support to all office personnel including administrative staff, project managers, controller and field employees. Mary Ann is responsible for filing and organizing documents, preparing reports, schedules, and proposals, as well as other projects as needed.

Let's Build Something Amazing Together